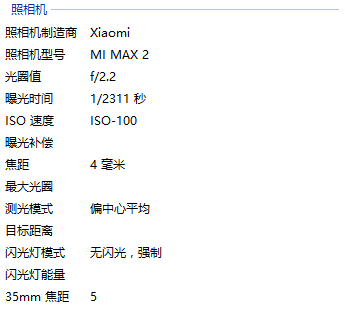 Xiaomi will be soon releasing the second generation of the Mi Max series of phablets. The 6.44-inch phablet is rumored to be named Mi Max 2 and said to be powered by a 5,000 mAh battery. The latest news regarding the Mi Max 2 reports a slight improvement on the photography features of the upcoming phablet. According to the latest news, Mi Max 2 will be downgraded in photography terms because it will be having a f/2.2 aperture lens camera, instead of a f/2.0 featured on the first generation of Mi Max

Mi Max 2 will reportedly be equipped with a 12MP 5-element lens camera with f/2.2 aperture lens for shooting images at a maximum resolution of 4000 x 3000 pixels. Noting that Mi Max had a 16MP primary camera with f/2.0 aperture for recording 4K videos, 4K video recording is expected to be continued with the Mi Max 2 but the quality may not be the same. The same source also doubts the possibility of Xiaomi continuing the 644-inch display, instead of that, they claim about Xiaomi reducing the screen for additional battery life.

Mi Max 2 is said to be running the newly-introduced Qualcomm Snapdragon 660 and have 4 gigs of RAM and 64GB of expandable internal storage. The operating system will be Android 7.1 Nougat. Mi Max 2 was expected for release during the same day Xiaomi launched Mi 6, something that did not happen. It is clear that Xiaomi wasn't even planning for an April release for its phablet. Acknowledging that Mi Max launched in May last year, the release of the second generation is not too far.

More in this category: « Apple iPhone SE (2017) leaks, launching at WWDC in June Samsung to launch Galaxy S8 Pirates of the Caribbean Edition in June »